Easier Street: How to get better traction on transport funding

Everyone wants better transport infrastructure. From businesses, who named it their number one priority ahead of the recent Budget, to urban commuters, to the government, we all agree on the need to deliver more and better options to get from A to B.

In many cases, these projects will be brought to you by the letter P – for Public-Private Partnership (PPP). But this model typically carries higher costs than it needs to. With our current transport funding pool set to fall below sustainable levels within the next decade, it’s critical to consider alternative ways to deliver the infrastructure we need.

The government recently made a very welcome commitment to allocate $1.3 billion for rail in the 2021 Budget, helping address years of underinvestment in our vital transport infrastructure. Meanwhile, escalating costs for the $12 billion NZ Upgrade and Roads of National Significance programmes have meant some promised infrastructure projects such as the Mill Road corridor in South Auckland have been scrapped. This demonstrates that the government will need more help to deliver further projects of this kind. We agree with the Infrastructure Commission that the current wave of transport infrastructure building is a perfect opportunity to review the way our roads, rail and bridges are funded.

Our transport budget is shrinking

The PPP model, which is delivering high-profile projects such as Wellington’s Transmission Gully and the Pūhoi to Warkworth motorway, is now under review by the Infrastructure Commission. While this is unlikely to be a major topic of dinner conversation, the potential benefits for almost all of us are well worthy of discussion. For starters, the PPP model as it stands means the taxpayer is funding projects at interest rates geared to the private sector, because a private developer is seen as higher risk than a government agency, even though the projects are guaranteed by the government. This adds millions to the cost of major projects over the lifetime of the loan.

However, what makes the funding situation particularly urgent is the fact that our current budget pool is shrinking fast. Transport infrastructure is funded from the National Land Transport Fund (the Fund), which is ringfenced for sole use by Waka Kotahi. One of very few of its kind in the world, the Fund derives from a mix of excise (petrol) duty collected on fuel shipped to New Zealand, road user charges for diesel vehicles and vehicle licencing fees. However, with current commitments and the rise of e-vehicles (which attract no road user charges, despite using roading infrastructure), the Infrastructure Commission estimates the Fund will be sustainable only for the next 10-15 years.

In fact, 92% of the budget for the next decade is already allocated, around 70% of which will be simply used for maintenance and operations of the existing transport network. That means the government will need to top up the Fund more and more from the general revenue pool to build future projects, requiring infrastructure to compete more than ever against other funding priorities. Meanwhile, less infrastructure will be built as the Fund shrinks, compounding the problems we’re already experiencing after years of underinvestment. We need to ramp up the debate on a solution, by reducing costs or driving new funding streams, or a mix of the two.

What are the funding alternatives?

Tolls have been investigated as another option. However, because our traffic volumes are comparatively light, tolling in New Zealand isn’t a particularly effective method of paying for roads, unlike in Australia, where developers recoup their costs entirely through tolling revenues. In New Zealand, toll revenues are unlikely to cover the annual maintenance, let alone the capital costs, resulting in contracts being set up for risks to fall back on the commissioning agency or the government, rather than the contractor as the PPP model intended.

A better suggestion is investigating new funding models that appropriately price and allocate risks to ensure that financiers aren’t taking margins that serve only to deplete the Fund faster. Banks and other mainstream lenders generally require security over assets they lend on, which is obviously not possible in the case of public infrastructure. This has led to financiers asking for, and receiving, government guarantees in PPP projects such as Transmission Gully. That’s why we need a different approach that ensures transport projects are delivered at the same financing cost that would be achievable with government bonds.

By challenging the contractor to deliver the project at an interest rate similar to what the government itself could borrow (in the case of Transmission Gully, at 5.25% instead of the actual 8.25%), the Fund could have saved as much as 3% p.a. That’s equivalent to $400 million over the loan repayment period, enough to fund more than half of the PenLink connection to Whangaparaoa.

As well as reviewing the road user charge exemption for EVs – acknowledging the need to encourage low-emissions transport choices – technology has to be part of the answer. Using smart contracts, P^werFinance is helping provide financing solutions for private customers at significantly lower cost by integrating compliance mechanisms into its digital platform to manage risk. The same innovation could be used to bring major infrastructure projects to fruition, recognising that once built, there’s no more risk of default for a PPP loan than a government bond – and therefore, no need for higher interest rates.

Technology can also assist in changing our driving behaviour to make road use more effective and “flatten the traffic curve”. Whether that’s travel at different times or along different routes, this reduces the need for more roads and the wear and tear on existing ones. One idea that’s been mooted is enabling road users to be charged at different rates depending on time of day and demand. This could also incentivise truck companies to use highways at low peak times, which would reduce their costs and avoid intermingling with urban commuters on congested routes. Another idea could be using technology platforms to issue carbon credits that reward those who reduce their emissions, which could be spent on power, car insurance or green waste collection for example.

While some of these ideas also have cost and privacy implications, more innovation is urgently needed on transport solutions that reduce both our impact on the environment and the cost of building much-needed new infrastructure. The PPP review and promised new slate of projects provide the perfect opportunity for a broader discussion on how to make government money go further and embrace innovative funding solutions that get real traction where the rubber hits the road. 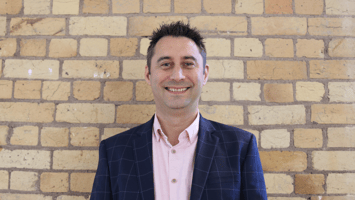 A conversation with Matt Rama

A conversation with Isuru Palliyaguru